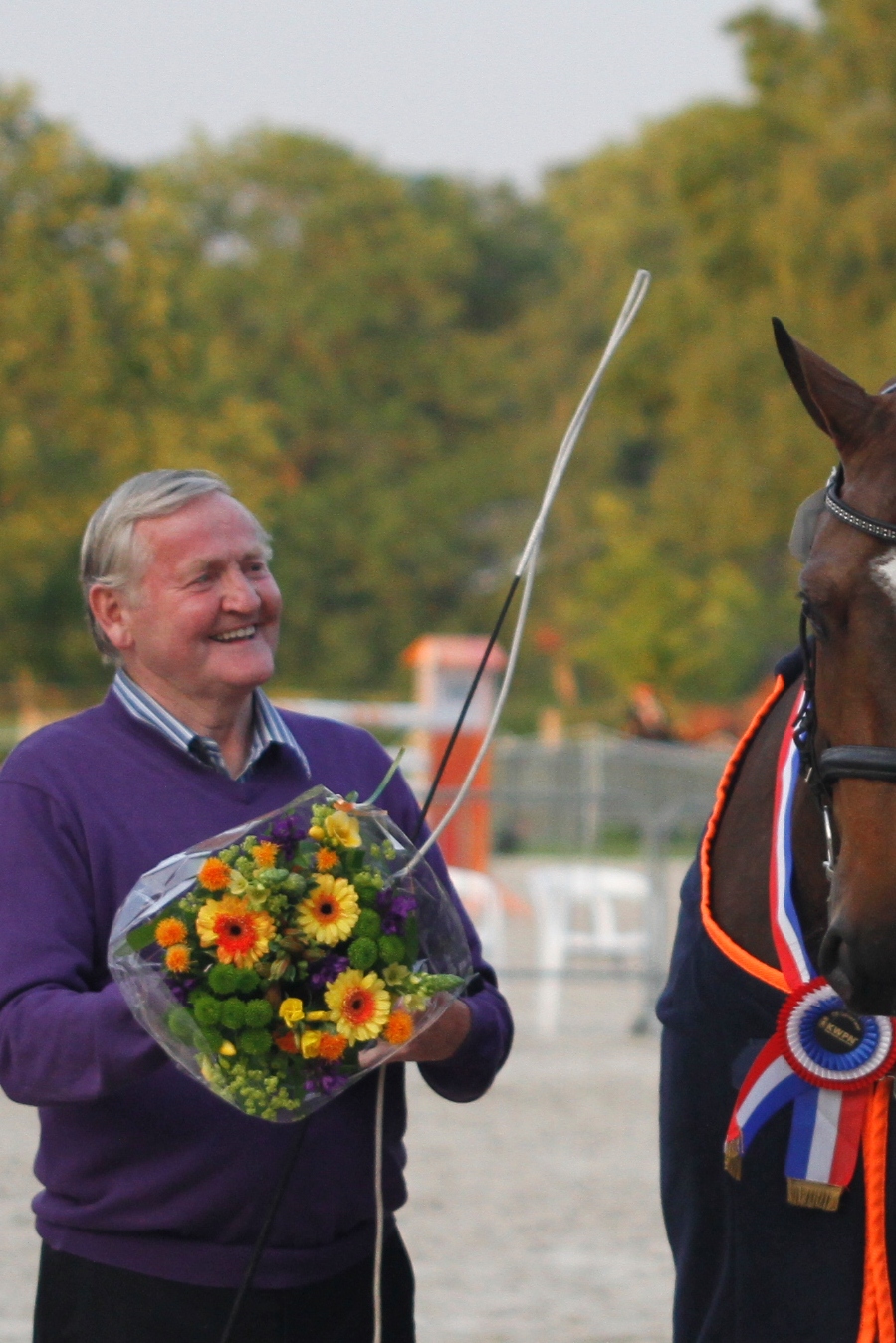 Two weeks ago, the well-known Dutch breeder Gert Willem van Norel passed away unexpectedly at the age of 76, as a result of complications from heart surgery. Many of his stallions have been very successful and influential in dressage breeding in The Netherlands and in North- American breeding as well.

Gerrit Willem van Norel was very dedicated to the KWPN. He committed himself to breeding with passion and enormous enthusiasm. In 1969, he started his own breeding program, specializing in dressage horses. In 1977, the stallion Pretendent, bred by Van Norel, was approved by the KWPN. Pretendent was his first self-bred approved KWPN stallion and formed the foundation of the ‘Pretendenthoeve’ in Wapenveld. Vanitas, Vincent, Cabochon, Facet, Oscar and his son Uphill followed to become well-known names with their ‘roots’ in Wapenveld. Together with his wife Roelie, Gerrit Willem van Norel laid the strong foundation for the company, continued by his children and ‘children-in-law’, as he puts it himself.

Thoroughbred
At the time, he said about the Le Faquin son Pretendent in an interview in In de Strengen: “This stallion made sure that I became a stallion owner for better or worse. Pretendent was way ahead of his time, if we had him nowadays, he would still fit in modern breeding; ‘tritt’ (reaction speed) in the legs and suppleness in his body and Thoroughbred blood in his veins. I have always loved Thoroughbred in the pedigree, which is why I also had the Thoroughbred Apollonios at stud here.”

Extremely successful
For many years, Van Norel was extremely successful at mare inspections and in competitions for young dressage horses. From the dam line of Pretendent (the Van Wittenstein line) he bred inspection champion Ocironia (Cabochon x Saros xx) and her full brother, the designated stallion No Mercy who was successful in the Pavo Cup. Pays Bas NL (by Cabochon) was successful in both the Pavo Cup and the World Championships for young dressage horses in Verden. Van Norel’s breeding program also produced several UTV and NMK champions, including Vincent’s daughter Melody keur sport (dressage) preferent. Her son Expression is also one of the showpieces of De Pretendenthoeve. This Vivaldi son was not only approved by the KWPN but with Diederik van Silfhout he made it to Grand Prix level. In 2018 the duo won the Dutch Indoor Championships.

Breeder of the Year
With his own- and purchased dam lines, with his own stallions and – if this was necessary for the improvement of his mare stock – those of others, Gerrit Willem van Norel has developed a very typical, recognizable horse: high in blood, with breed typical appearance, nobility and an excess of movement potential. And these athletic movement artists from Wapenveld are making an impression all over the world. In 2004, Van Norel was awarded with the title Breeder of the Year Riding Horse.

North-America
Gerrit Willem van Norel’s KWPN stallion Facet (Vanitas x Tolbert) was imported to the United States in 2003 where he first competed under trainer Jennifer Hoffmann at Intermediare I level, winning Reserve Champion in the U.S. Region 7 Championships. In 2004, the 14 year-old Susan Walker campaigned the licensed stallion at the FEI Junior level. The pair were members of the Gold Medal Team at the USEF Junior Dressage Team Championships and placed third individually. Facet was renowned for his fantastic temperament, which he passed on to many of his offspring in North America in the six years he stood stud until his passing in 2010. 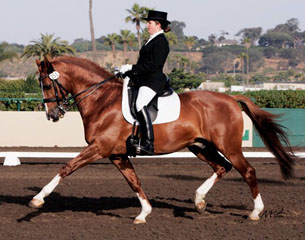 Susan Walker and Facet in 2004

Many of the Pretendenthoeve- stallions (either bred, bought or partly owned by Gerrit Willem van Norel) have been influential in North America through their bloodlines in breeding, in the past but also in present times. Momentarily for example, the stallion Knockout, a son of Pretendenthoeve stallion Ebony (Painted Black x Jazz) stands stud at Canadream Farm in Ontario. Hero BHS, by van Norel’s stallion Cover Story (Oscar x Corleone) is doing very well in breeding and dressage with his owner Justine Wilson. The young son ‘Nidion van Heemstate’, also known as ‘Nox’,  by van Norel’s stallion Expression (Vivaldi x Vincent) out of a Gelders mare, has just been imported as a stallion prospect for the Gelders breeding direction by Josh Albrecht of Coalcyn Equestrian LLC in California.

Royal award
In 2015, Gerrit Willem van Norel was surprised with a prestigious Royal award during his own stallion show at the Pretendenthoeve in Wapenveld. He was officially promoted to ‘Officier in de Orde van Oranje-Nassau’ for his services to Dutch horse breeding. “Fifty years ago, I dreamed of breeding Grand Prix dressage horses. We succeeded and we have achieved that with the whole family!”, said Van Norel at the time.

We wish everyone that is affected by Gerrit Willem van Norel’s a lot of strength in these difficult times.

Pictures are obtained from The Pretendenthoeve webpage: Click HERE to visit their webpage