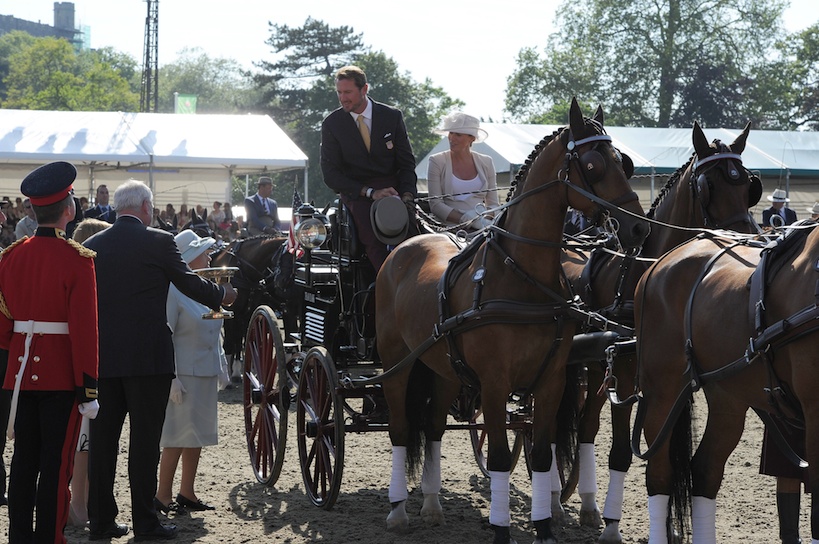 The last time Chester Weber competed at England’s Royal Windsor CAI3* was 1996, when he took his victory lap with a horse pair.  Eighteen years and 11 national four-in-hand team titles later, he has won there again.

Weber, who is the first American to win the Four-in-Hand division in almost three decades, also posted one of only three double clear performances in the final cones phase of the Land Rover International Grand Prix’s hotly-contested challenge. During the awards presentation Weber was congratulated by Her Royal Highness Queen Elizabeth II.

Driving the matched team KWPN bay geldings he co-owns with Jane Clark, the reigning USEF National Four-in-Hand champion set an early five-point lead over six-time IDGP winner, Boyd Exell of Australia, and a judicious pace through the marathon, finishing fourth overall but still keeping a lead of more than two penalties over the Australian whip.

Three penalties in the cones phase cost Exell any advantage he may have hoped to leverage to claim the lead while a picture-perfect performance by Team Weber (one of only three double clears in the class, which hosted 32 competitors from 13 countries) assured a win and smile 18 years in the making.

Team Weber is keeping an eye on the prize representing the U.S. this summer at the 2014 World Equestrian Games-Normandy. 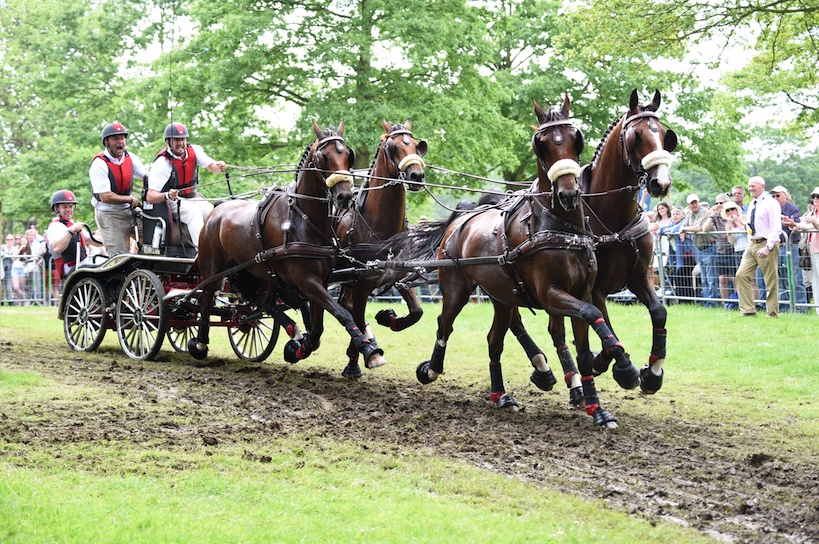 On Course at the Royal Windsor Horse Show. (Photo courtesy of Kit Houghton/HPower)