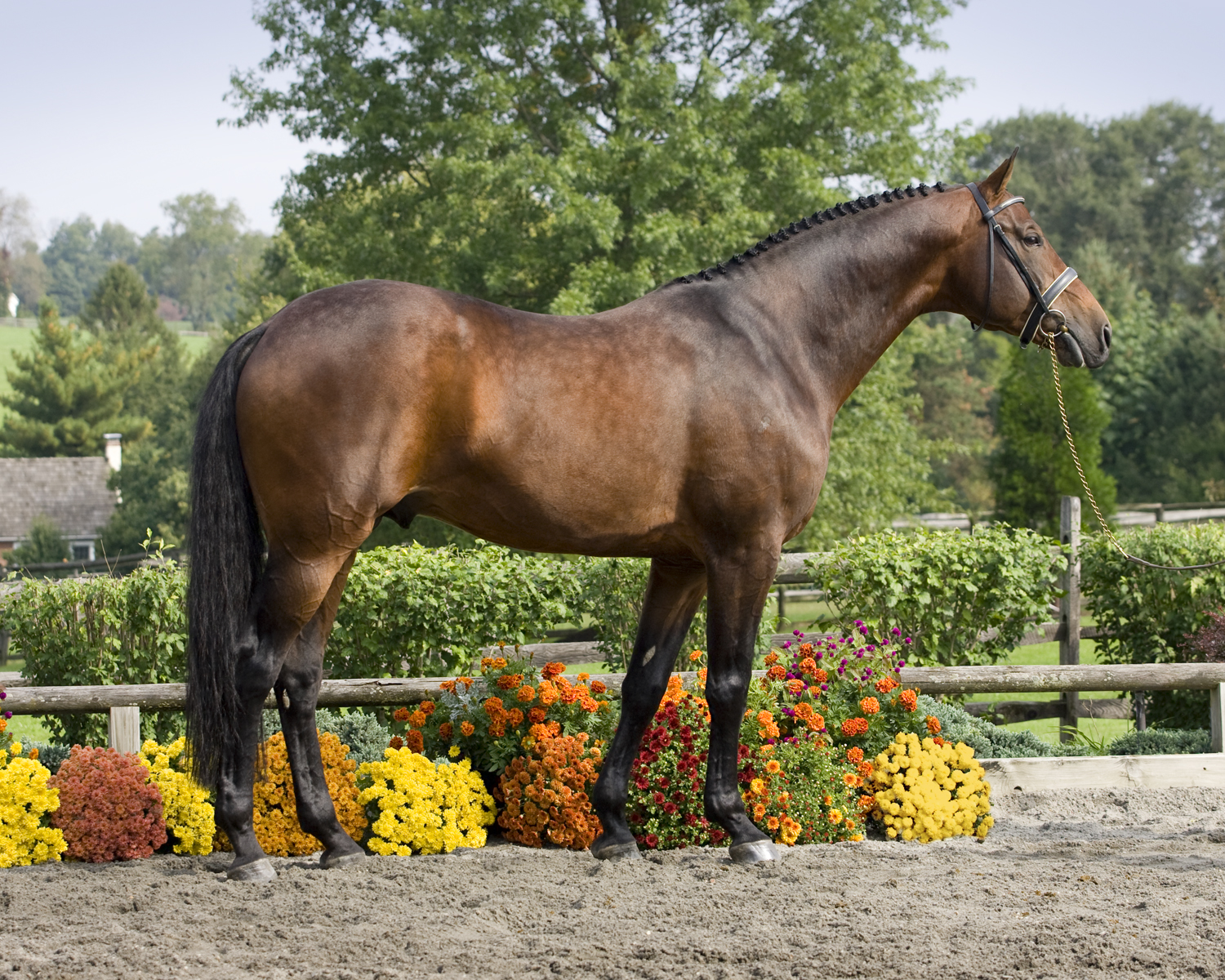 As always, time was reserved at the KWPN Stallion Show to honor stallions that have earned a predicate for excellence in breeding. This year, six stallions were awarded the keur predicate. Wim Ernes gave commentary on the four dressage stallions while Cor Loeffen did so for the two jumpers. Farm at the KWPN Select Sale. In his new homeland, he is a popular sire and has produced numerous attractive and successful offspring. He also has many good offspring in the Netherlands. For the KWPN Stallion Show ceremony he was represented by his son Washington DC, who competes in the Intermediaire II. Sir Sinclair is a Lord Sinclair I son out of the preferent sport ster mare Krishna.

Painted Black won the silver medal at the World Breeding Championships for Young Dressage Horses in Verden as a six-year-old, and finished third in the World Cup Finals in Las Vegas. He has been on the Spanish team since 2010, and at the recent world championships in Caen, was part of the the best Spanish combination. Painted Black has three KWPN-approved sons: Bon Bravour, Ebony and Enzo Ferrari, as well as other offspring successful in the sport

OO Seven is a Rubinstein I son out the Doruto daughter Gelbria, a full-sister to the Olympic horse Barbria. He was the Pavo Cup reserve champion as a four- and five-year-old. He was also very successful in the sport in Australia. He is sire to the approved KWPN stallion Zuidenwind.

Harley VDL is by the preferent sire Heartbreaker out of the prestatie sport mare Lartagho. His sire-line begins with Farn, followed by Nimmerdor and Heartbreaker. From these three stallions, Harley gets his quick reflexes, good jumping form, and great temperament. In 2011, he won the VHO Trophy in spectacular style. He clearly passes on his jumping talent to his offspring, a very good example of which is his son Earley, the five-year-old champion at last year’s World Championships in Lanaken. Another Harley VDL son, Everto, is both a talented jumper and a KWPN-approved stallion.

Ustinov competed successfully at 1.50m. Several of his oldest offspring are currently excelling at the same level. Ustinov was in the first stallion selection in which both a dressage- and a jumper champion were chosen and when specialization was first implemented. He’s by Libero H, a stallion who was very important to the late Gert van Veen. Libero H did not entirely meet the conformational standards of the Stallion Selection Committee at that time, but Gert looked past their evaluation and saw the stallion’s talent for the sport. Ustinov was presented in the ring under saddle, accompanied by his son Dustin, who is currently excelling at 1.35m.