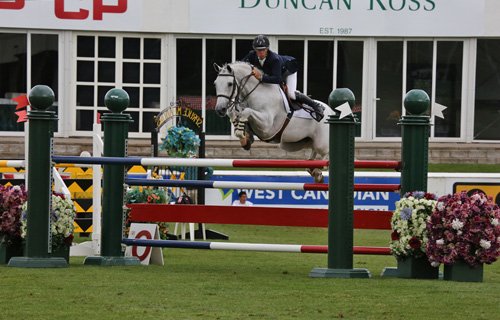 Calgary, AB, Canada – June 27, 2014 –Richard Spooner (USA) jumped to top honors with brand new mount Uraguay in Friday’s $33,500 Duncan Ross Cup 1.50m. Uraguay, a 13-year-old Dutch Warmblood gelding (Nairobi x Colino), is a brand new ride for Spooner, but the duo proved a promising partnership with a bold jump-off round and a huge effort to the final jump on course this evening.

Spooner first rode Uraguay in Florida just before the start of the Spruce Meadows Summer Series in June and has only shown the horse two weeks before this competition. Before spooner Uraguay was ridden by Todd Minikus and Mario Deslauriers before that and Albert Zoer before that. 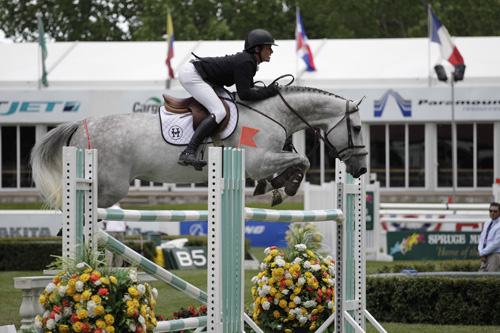 Alpha VDL, a nine-year-old Dutch Warmblood gelding by Corland x Emilion, and Darragh Kenny have had great success this year and continued by jumping to victory over their first 1.55m track on Saturday.